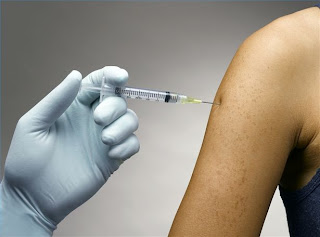 It is the early 1990’s. The World Health Organization, working under the control of the UN, has just launched a campaign to vaccinate millions of people in Nicaragua, Mexico and the Philippines against tetanus.
.
Tetanus is a potentially lethal infection caused by external wounds or cuts from things like rusty nails. There is nothing unusual in tetanus inoculations, which are routine in the Western World. But there is something that doesn’t quite add up about these particular vaccinations.
.
For one thing, the WHO is choosing to only vaccinate females. For another thing, the girls they are choosing to vaccinate are primarily those between the ages of 15 and 45 (in Nicaragua the age range was 12-49.)
.
It wasn’t just disease experts who noticed that something was a miss. After all, it doesn’t take a great deal of intelligence to know that men and boys are more prone to wounds from cuts and rusty nails than ladies. So why is the WHO only choosing to vaccinate girls of child-bearing age?
.
To make matters more suspicious, the vaccination protocols are calling for multiple injections -- three within three months and a total of five altogether. However, tetanus vaccinations provide protection for ten years or more, so why this call for multiple inoculations?
.
These were the questions that Comite Pro Vida de Mexico, a Roman Catholic lay organization, began asking and why they decided to have some vaccine samples tested.
.
The tests revealed that the tetanus vaccine contained human chorionic gonadotrophin (hCG). hCG is a natural hormone that is secreted during the initial stages of pregnancy. When this hormone is combined with the tetanus toxoid carrier, it tricks the body into thinking that hCG is an invading enemy, with the result that a woman’s body begins producing anti-hCG antibodies, making it impossible for her to ever maintain a pregnancy.
.
After a number of labs exposed what the vaccine really was (a life-time birth control shot), WHO officials tried to keep things quiet and continue administering the anti-fertility injections. It was only after the courts intervened that the WHO was forced to stop administering the vaccine. Unfortunately, by then the damage had already been done and thousands of girls in Nicaragua, Mexico and the Philippines had been rendered permanently infertile.
.
Was the 1990s tetanus scandal simply a medical blunder? Hardly. For 20 years prior to the incident, WHO researchers had been actively involved in creating anti-fertility vaccines utilizing hCG tied to tetanus toxoid as a carrier. This was publically documented in medical journals from the 70s through to the 90s.
.
What could possibly have motivated the World Health Organization to knowingly, but covertly, sterilize thousands of women in third world countries?

Social Engineering and the Dark Side of American Liberalism

Click Here to friend-request me on Facebook and get news feeds every time new articles are added to this blog.
Posted by Unknown

Please, everyone needs to watch this video with an Austrilian journalist. I received this by email today. It is about the mandatory vaccinations and the contaminations they include.

Her name is Jane Bürgermeister. She has filed criminal charges against Baxter pharmaceutical for putting live bird flu in the vaccines a couple months ago.

The Baxter/WHO case.
In February 2009, Baxter’s Austrian subsidiary in Orth an der Donau manufactured and distributed 72 kilos of vaccine material, contaminated with a H5N1 virus, to 16 laboratories in four countries. This bad doses have not been recalled, but are waiting to be shipped out to different countries.

WHO, that is the World Health Orginization, murdered Africa. The AIDS disease was a result of their smallpox eradication campaign. Dr. Leonard Horowitz in his book Emerging Virus´s: Aids and Ebola chronicles a 20 year history leading up to the Aids outbreak. He chornicles 20 years of a whole canachopny of mad US government scientists all competing with each other to develop the most lethal new diseases.

I was actually able to obtain part of the documents, a transcription of a House appropriations hearing, where a Pentegon official John MacArthur actually asked congress to give money to develop Aids. He described Aids to the tea and said this was their new goal. I have all the documents, gradually collected.

Since leaving the comments on your blog when I first read your article, Jane Burgermeuister is now facing a jail sentence in Austria for her attempts to bring the contaminated swine flu vaccines to light.

Good stuff. Thank you so so much for sharing your knowledge with the world through the Internet. Wonderful blog and post you got here
HCG Diet