The Strange Outbreak of Canadian Gnosticism 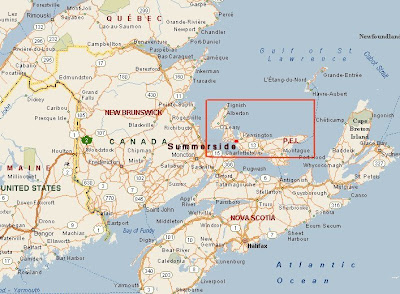 In the late 18th century, Canada experienced a strange outbreak of Gnosticism. (Readers unfamiliar with Gnosticism should click here for an overview.) The outbreak centered on the strange figure of Henry Alline (1748-1784). An itinerant evangelist and church planter, he was incredibly well received in Nova Scotia, New Brunswick and the Maritimes.
Alline took it upon himself to replace the region’s traditional Calvinism with an existential mysticism. Hostile to the material world, Alline denied the future resurrection of the body and taught that Adam and Eve had no corporeal bodies before the fall. Even the physical world itself was a kind of cosmic blunder that only arose because the angels had fallen. By the time of his death in 1784, Alline had helped to lay the foundations for the Baptist movement in the Maritime provinces, and left behind a number of hymns that were included in the standard 19th century hymnals.
What is significant about Alline is not his Gnosticism so much, but that he found such a following among Christians with a Puritan background, many of whom were former New Englanders who had experienced the Great Awakening under the theologically orthodox George Whitefield. His importance in the annals of 18th century North American religious history lies in the fact that he reveals, in its most distilled and potent form, the peculiar fusion of revivalism, Gnosticism and Enlightenment that had become the era’s leitmotif.
Following a dramatic conversion in 1775, Alline began to preach to the inhabitants of Nova Scotia and the Maritime backcountry, earning himself the title, “Nova Scotia’s Whitefield.” Alline taught a simple division of the church between those who had experienced the “new birth” and those who hadn’t. By definition, in order to experience the new birth you had to have a dramatic conversion experience parallel to his own. As J. M. Bumsted put it in his biography of Alline:

“The basis of New-Light church organization was the commitment of the evangelical pietist that the only true Christians were those who had undergone the new birth, the crisis conversion. Since those who had not experienced saving grace were by definition outside Christianity, they obviously did not belong with a true church of Christ...” (J. M. Bumsted, Henry Alline, 1748–1784 (Toronto, 1971), p. 71.)

Alline always denied that he favoured schisms in the church of Christ; however, most of the churches around did not qualify as true churches of Christ.  Essential to the project of purifying the church was excising the Calvinist orthodoxy that then dominated Nova Scotia. In his book with the tell-tale title The Anti-Traditionalist, Alline played on the republican temper by lumping “arbitrary Predestinarians” with “arbitrary bigots” and “arbitrary power.”  Though Alline was himself a-political, the connection between his revivalism and the popular republicanism did not escape the attention of the British authorities, who “came ultimately to view the evangelical pietism of revivalism as [a] dangerous subversive influence in Maritime Canada and elsewhere in British North America...” (Bumsted, p. 67-68. )
Most of Alline’s audience were Yankee settlers who had immigrated to Nova Scotia from Massachusetts, coastal Rhode Island and eastern Connecticut because of land shortages. Significantly, Bumsted notes that “Economic hardship and rootlessness, therefore, made almost all rural Nova Scotians susceptible in various degrees to revivalism.”  By telling Christians that “you have no continuing city here” and urging them to withdraw from “this ensnaring world” (Henry Alline, Two Mites, cited in Bumsted, p. 94.) , he played on the sense of rootlessness that these immigrants already felt.

But Alline’s Gnosticism went a lot further than simply contending that this world is not our home. He taught that the earth is sinful precisely because it is physical. The material world came about because of the fall of the angels. The corollary of this was that “the material world is distinctly inferior to the spiritual in an actual rather than a symbolic sense.”  Alline’s loathing of matter would led him to strike at the very heart of the goodness of creation and question the ontological legitimacy of marriage. Man was originally created as a sexless being.  Woman emerged only after, and because of, the fall.
Yet Alline taught that mankind was not without hope. Christ had assumed the “Contrariety” of spirit and flesh, thus making possible our own absorption into the “ONE ETERNAL NOW” where we can join “those who have thrown off the Canopy of Matter and Time,”  It almost goes without saying, but is still worth noting, that Alline taught that the resurrection body would be non-corporeal.

Mark Noll has argued that Alline “was not…propelled primarily by American ideological circumstances.”  (America’s God, p. 154) However, it is hard to explain either the following he received or his lasting impact on the Nova Scotia churches without recourse to the larger theological changes that were endemic to the intersection of revival and Enlightenment in the latter half of the 18th century which I have explored in my post "Religion of the People, by the People, for the People". It is true that Alline’s Gnosticism was more distilled than was common at the time. It is also true that, unlike most of the other revivalists, he never tried to be orthodox. Nevertheless, his overall message had remarkable continuity with dozens of other “rootless, visionary young preachers”  who, “Alienated from conventional religious forms... pursued their divergent course with remarkably similar dispositions.”
Further articles on Gnosticism

Click HERE to friend-request me on Facebook and get news feeds every time new articles are added to this blog.

Visit my other website Alfred the Great Academy
Posted by Unknown