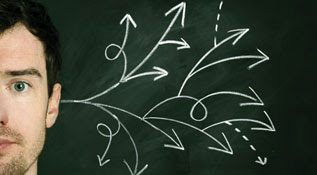 "For the scientist who has lived by his faith in the power of reason,” wrote Robert Jastrow in God and the Astronomers, “the story ends like a bad dream. He has scaled the mountains of ignorance; he is about to conquer the highest peak; as he pulls himself over the final rock, he is greeted by a band of theologians who have been sitting there for centuries.”
Jastrow’s words come to mind whenever I hear about professional scientists being obliged to abandon, or at least to seriously modify, their Darwinian assumptions. From cutting-edge work in genetics to the latest discoveries in astrophysics, the evidence is increasingly pointing to one fact: Darwin was wrong.
This has been impressed upon me recently, as I have been studying the way culture affects the human brain. Contemporary neuroscientists have been making some fascinating discoveries about the way our cultural preoccupations and artifacts alter the physiological structure of our brains, and, once again, Darwinian orthodoxy is being compelled to yield to new findings.

Let’s begin with a fact that no one disputes: different species have brains suited to the demands of their kinds; brain structures differ among species according to need. The brains of dogs, for example, have a greater facility than human brains for processing smells, because dogs need a high level of olfactory acuity to survive in the wild. Indeed, the odor-processing region of the canine brain is about four times the size of the one in your brain or mine. Or again, the brains of pigeons have the ability to process magnetic information, which they use to navigate vast distances accurately, whereas our brains do not have this faculty since we don’t need it; we can create and use navigational instruments.

On the other hand, human brains possess structures that allow us to do all sorts of things that dogs and pigeons cannot, such as to reason analytically and to appreciate art. It isn’t that no one has ever tried to teach a pigeon how to do calculus or to relish the glories of the way Beethoven expanded the sonata-allegro form; it’s that no one ever could; the pigeon’s brain is structurally incapable of apprehending these things.

Take, for example, the Sea Gypsies, a maritime tribe of people living off the coast of Thailand. These people have brains that facilitate exceptionally keen underwater vision. Not only can their brains override the reflex that normally controls the shape of the pupil, enabling a Sea Gypsy to constrict his pupils by 22 percent, but they can also accurately compensate for the refraction that occurs when light passes through water. To expect a non-Sea Gypsy like myself to exhibit the same facility would be like expecting a dog to deliberately bark in F major or a pigeon to coo in D minor.

So how is it that the Sea Gypsies have this amazing ability? According to standard Darwinian theory, the explanation goes something like this: over thousands of years, our genetic makeup gradually changes to conform to the demands of our environments, leading to appropriate changes in the structure of our brains. Genes that have survival value will be perpetuated through succeeding generations, while those that do not will tend to die out.

Thus, according to the Darwinian narrative, ­because Sea Gypsies spend much of their lives around the water and survive by diving to great depths to harvest food, their genetic makeup gradually came to include these unique capabilities, just as the genetic makeup of dogs came to include exceptional odor-processing faculties. In both cases, we are observing the results of gradual adaptation spanning thousands of years.
But, as I suggested earlier, this evolutionary narrative has recently had to be abandoned by professional neuroscientists. We now understand that these types of variations in the brains of different people groups have nothing to do with genetics at all. The physiological structure of our brains, including hundreds of thousands of neuro-connections, do evolve to adapt themselves to our natural and cultural habitats, but this evolution occurs within a single lifetime without leaving a footprint on the genetic code.

This was demonstrated through a study of brain scans done on London taxi drivers in the late 1990s. Researchers found that, in the cabbies, the posterior hippocampus, a part of the brain that stores spatial representations, was considerably larger than in non-cab drivers. Now, clearly, a London taxi-driver’s genetic make-up is not fundamentally different from a London mechanic’s or a London web designer’s, yet there are very clear structural differences in their brains.