As promised a few days ago, here is my rundown of this month's publications, with a few other articles I wish to feature.

Building on my earlier article about how the West is helping to destroy Christianity in Syria, I have returned to the situation in Syria this month with the following two updates:


In 2013 I continued with my ongoing series on evangelicalism and Gnosticism with two more contributions. These articles explore some of the ways that Gnostic-type ideas have infected Christian thinking about work.

If my book Saints and Scoundrels sells enough copies, I will be approaching my publisher about doing a sequel. Once again, I will hope to focus on both well-known heroes and villains, as well as lesser known figures. One of the lesser known figures I hope to cover is Sir Clement Attlee - surely a first-order villain if ever there was one. In this Christian Voice article I explain about his life and legacy.

Having stayed out of the creation/evolution debate for my entire career, I finally couldn't resist getting involved after I watched the Ham/Nye debate. I wrote a three-part study guide for small groups watching the debate. Here are the first two articles in this series. The third one will be published by the Colson Center next Monday.

Finally, this month I have finished my ongoing series on the Islamization of Britain.

Posted by Robin Phillips No comments:

Changes to This Blog

I am increasingly thankful for the myriad opportunities to serve God and provide for my family through my writing ministry. I would also covet your prayers that as more people are reading my articles that God would enable me to write with Biblical wisdom and not simply out of my own opinions.

Because of this, I will be making some changes to this blog. Originally this blog was a place where I would post reflections about the things I was reading - hence the title of the blog. However, as more writing opportunities became available, this blog began to have less original content and instead turned into a place to link out to other websites where my work appeared. Thus, every time an article was published, I would put a summary of it on this blog and then schedule a future post linking to the article. Having done this, I currently have posts scheduled to be published through to the end of the year.

In order to have more time to focus on writing, all new articles will not be featured on this blog at all except in a list of links at the end of the month. When posting the list of links, I may say a few words about each article or I may simply give a list of links, depending on how much time I have.

This change will not be noticeable until 2015 since I already have posts scheduled through the end of the year, although you will begin to see is a post at the end of every month giving links to my various publications.
Posted by Robin Phillips No comments:


Greg Spencer of Roseburg, OR, was a police officer in narcotics enforcement in the 1990s. His work kept him immersed in a world of violence, death, and depravity on a regular basis. In addition he was a deputy medical examiner, which meant he had to view autopsies, often on bodies whose life had ended in a horrible death. He was dedicated to his work, but it turned him into a hardened and calloused man, and his first marriage ended because of it.

He left the police force after fifteen years of service and became a cross-country truck driver, but about six months into that, macular degeneration in both eyes rendered him effectively blind. He went on disability, and, with the expectation of being blind and disabled for the rest of his life, got help through the Oregon Commission of the Blind in functional blind living, including white cane and guide dog training.

During this time, he met Wendy - his face softens into a smile when he mentions Wendy - a “born again, on fire believer in Jesus Christ,” who “drug me with her to church.” He met Jesus Christ there. And he married Wendy. 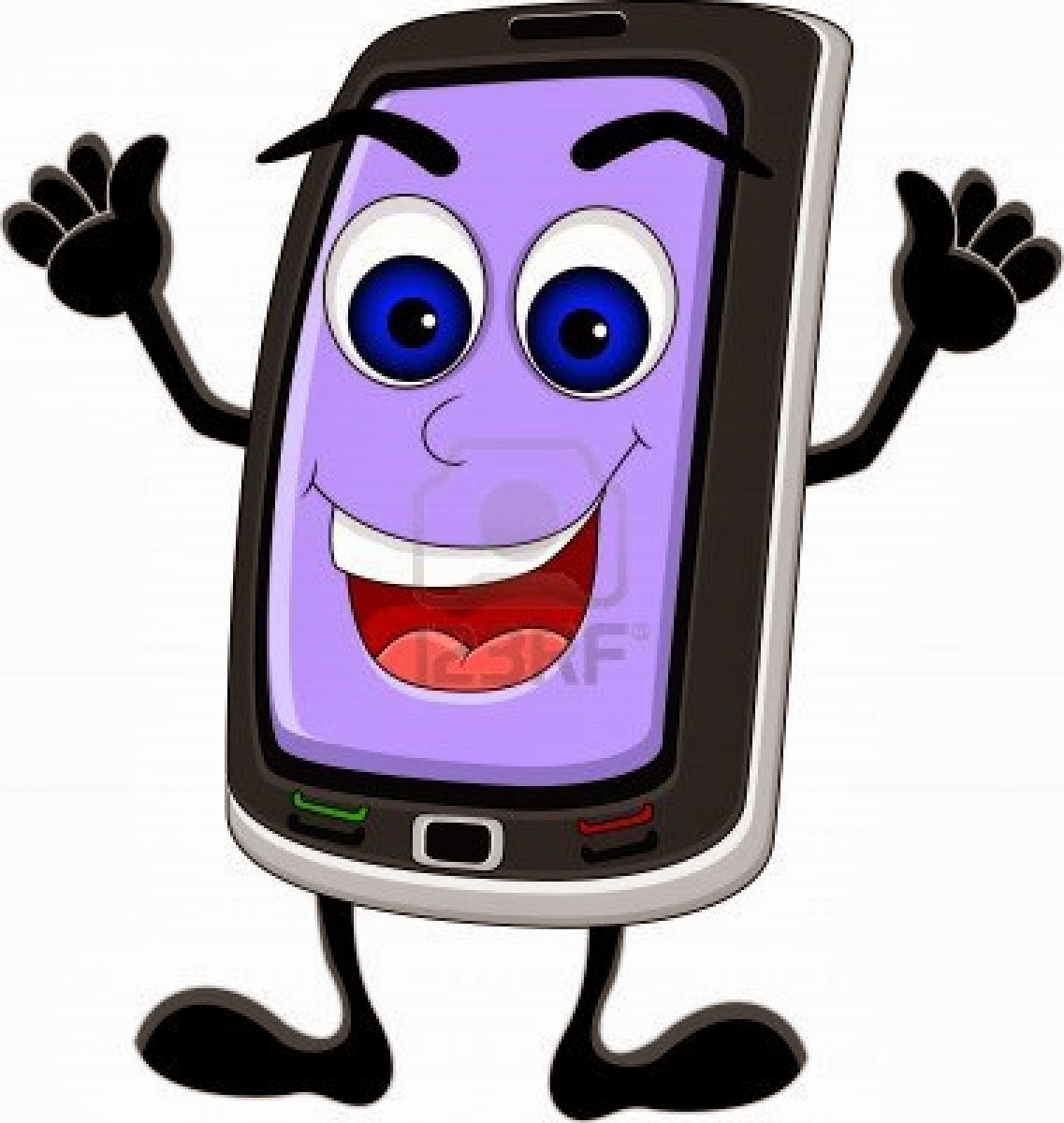 In a Christian Voice article last month on sexting, I drew attention to the fact that women are sexting more than men. On one level this is surprising, since sexting makes women more vulnerable. After all, a man who has no scruples when it comes to receiving or asking for explicit pictures is probably going to have no scruples when it comes to forwarding those pictures to his mates. A woman who engages in sexting thus sets herself up for the worst sort of public exploitation and is forever under the power of the man she trusted.

But in another sense, sexting makes women less vulnerable, because a girl can experience the excitement of giving her body to a man without ever having to do business with him as an embodied person, without having to approach him in all her vulnerability, fragility and humanness. For many women, this is precisely the appeal of sexting. Sexting is thus seen as liberating sex from the problem that has dogged it from the beginning, namely having to deal with real people. An article in Sans Magazine was exuberant about sexting’s potential to free sexual relationships from the constraints that come with physical presence:


No longer do we actually have to commit to a single task of actually physically undressing, warming up our partner and then engaging in the carnal act of intercourse…. Plus, we don’t ever have to actually see the person.

This quote demonstrates how sexting is the culmination of the dehumanizing principles behind the sexual revolution. The promise of the sexual revolution was that intimacy could be fulfilling outside the obligations of marriage, a promise that researchers have now discovered to be false. The lie of the 21st century is that sex can be fulfilling without actual intimacy. This too will be found to be a lie. In the meantime, the problem is that by coupling sexual pathologies with extremely addictive digital technologies, that brain is being rewired to think differently about sex, relationships and what it means to be human.


Posted by Robin Phillips No comments:

I recently published two articles on the Syria situation on the Christian Voice website. See the links below:

Posted by Robin Phillips No comments: 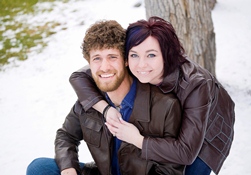 Taking as my starting point the combined wisdom of Richard Baxter and the Holy Scriptures, I have written three week-long Bible studies on maintaining conjugal love. These studies would be great for husbands and wives to go through together, especially if they are having marital difficulties.

If you don't have time to commit to the three week-long Bible studies, at least check out the wonderful quotations from Richard Baxter at the beginning of each week (although the quotation for part 3 is the same as the one for part 2).

Click Here to friend-request me on Facebook and get news feeds every time new articles are added to this blog.
Posted by Unknown No comments:

Growing up it was sometimes interesting to hear people object to my father’s ministry writing Christian novels. “Why not just tell the truth plainly, instead of putting it into stories?” I would sometimes hear people say. Other times I would sometime people say something like this: “If I wanted to learn more about the Lord, a novel would be the last book I would pick up. Why not go straight to the Bible or to works of theology?”

In its more extreme manifestation, this prejudice against fiction expresses itself in the idea that works of fantasy are little more than clever lying. The Christian evangelist Charles Finney seemed to hold this idea because he once dismissed both Shakespeare and Sir Walter Scott as nothing more than “a host of triflers and blasphemers of God.”

The same idea was expressed by someone interacting with the ministry of Zondervan publishing. “Fiction is wrong because it’s not true” the person said. “As Christians we should hold fast to the truth and not saturate our minds with falsehoods regardless of what ‘good’ they seem to bring about.”

There are many things we could say in response to this prejudice against fiction. We could point to the example of our blessed Lord, who constantly told stories to illustrate important spiritual truths. Or we might draw attention to the fact that the Bible’s definition of truth is far larger than mere factual accuracy, and so a novel can convey truth even if it deals with characters and situations that are purely imaginary. We might also point out that this prejudice against the novel often arises as a symptom of an unbiblical rationalism—a rationalism that fails to come to terms with the importance scripture attaches to the imagination.
While all the above points are crucial for developing a Biblical defense of fiction, in my Colson Center article on fiction I have shared a more subtle and often overlooked reason why fiction is important, even crucial, for our sanctification as men and women of God. I argue that fiction (whether in books or films) allows us to grow in sanctification by simulating the type of experiences that God designed should lead to sanctification. To read my article, click on the following link:

Fiction and the Christian Faith

Click Here to friend-request me on Facebook and get news feeds every time new articles are added to this blog.
Posted by Unknown No comments: