I'm giving up blogging for Lent

I am giving up blogging for Lent.

In a helpful article HERE, Ted Olsen explains that

Lent is one of the oldest observations on the Christian calendar. Like all Christian holy days and holidays, it has changed over the years, but its purpose has always been the same: self-examination and penitence, demonstrated by self-denial, in preparation for Easter. Early church father Irenaus of Lyons (c.130-c.200) wrote of such a season in the earliest days of the church, but back then it lasted only two or three days, not the 40 observed today.

In 325, the Council of Nicea discussed a 40-day Lenten season of fasting, but it's unclear whether its original intent was just for new Christians preparing for Baptism, but it soon encompassed the whole Church.

How exactly the churches counted those 40 days varied depending on location. In the East, one only fasted on weekdays. The western church's Lent was one week shorter, but included Saturdays. But in both places, the observance was both strict and serious. Only one meal was taken a day, near the evening. There was to be no meat, fish, or animal products eaten.

Until the 600s, Lent began on Quadragesima (Fortieth) Sunday, but Gregory the Great (c.540-604) moved it to a Wednesday, now called Ash Wednesday, to secure the exact number of 40 days in Lent—not counting Sundays, which were feast days. Gregory, who is regarded as the father of the medieval papacy, is also credited with the ceremony that gives the day its name. As Christians came to the church for forgiveness, Gregory marked their foreheads with ashes reminding them of the biblical symbol of repentance (sackcloth and ashes) and mortality: "You are dust, and to dust you will return" (Gen 3:19).

By the 800s, some Lenten practices were already becoming more relaxed. First, Christians were allowed to eat after 3 p.m. By the 1400s, it was noon. Eventually, various foods (like fish) were allowed, and in 1966 the Roman Catholic church only restricted fast days to Ash Wednesday and Good Friday. It should be noted, however, that practices in Eastern Orthodox churches are still quite strict.

Though Lent is still devoutly observed in some mainline Protestant denominations (most notably for Anglicans and Episcopalians), others hardly mention it at all."

It is a shame that Lent has fallen out of popularity, for it is a wonderful way to prepare for Easter. It is also a time to exercise self-control and thankfulness as we abstain from certain habits and hobbies we are normally accustomed to.
Click HERE to read more about the church calendar and why it is important.

Is Obama a Man of Peace? 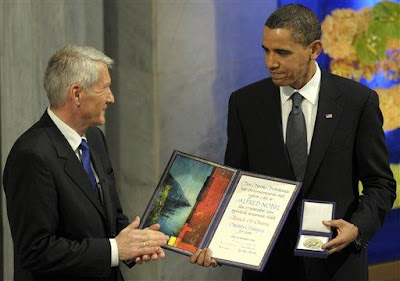 When Barack Obama ran for office, he did so on a platform of ending the war in Iraq. The campaign promise, which can still be read on Obama’s own website, stated that:

Like a breath of fresh air after the alleged “war mongering” of George W. Bush, thousands of Americans were inspired by Obama’s dreams of peace and international cooperation. "The burdens of global citizenship” Obama mused in 2008, “continue to bind us together. Partnership among nations is not a choice; it is the one way, the only way, to protect our common security and advance our common humanity."
Before he had even been in the White House for a year, Obama was awarded the highly prestigious 2009 Nobel Peace Prize for his “extraordinary efforts to strengthen international diplomacy and co-operation between peoples”. In his Nobel acceptance speech last December, Obama proposed that striving for peace comprises “the hope of all the world” and is our very “work here on Earth.” He added:

So let us reach for the world that ought to be - that spark of the divine that still stirs within each of our souls.... We can understand that there will be war, and still strive for peace. We can do that - for that is the story of human progress; that is the hope of all the world; and at this moment of challenge, that must be our work here on Earth.

It is nothing unusual for there to be a strong disconnect between a politicians’ words and his actions, so it should come as no surprise if Obama’s military policy has taken a rather different route than his earlier comments might lead us to expect. One might even argue that it took a certain level of maturity for the President to realize that his earlier ideals on withdrawal from Iraq were unrealistic.
Not Since 1946
It’s the United States’ best kept secret, but their new Commander and Chief has been quietly building up America’s military empire at an unprecedented speed.

The Sexual Revolution and Desensitisation

In the Family and Youth Concern's Autumn Bulletin they have a section detailing UNESCO's (the United Nations Educational, Scientific and Cultural Organisation's) new International Guidelines on Sexuality Education.

The Guidelines, detailing extremely explicit sexual education for children as young as 5, are objectionable for reasons made clear by FYC here. But what perked my interest was UNESCO's remarks about desensitisation. The guidelines admit that "only some of these learning objectives are specifically designed to reduce risky sexual behaviour" and that there is a much more wide-reaching agenda in operation. ‘Most’ of the sexuality education learning objectives are intended "to change social norms, facilitate communication of sexual issues, remove social and attitudinal barriers and increase knowledge".

This is an amazing forthcoming film, written by Brian Godawa who is the author of the book Hollywood Worldviews which I review HERE.

Lecture notes on Edmund Burke and the French Revolution 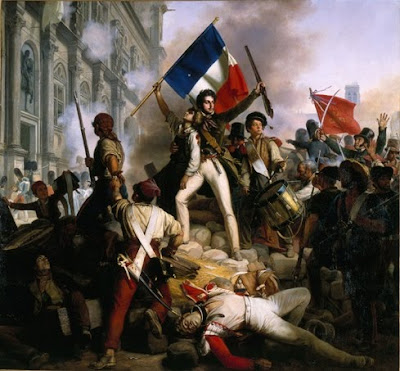 Many of the challenges our society is currently facing, including the institutionalized attempt to undermine the very foundations of Christendom, have their origins in the 'Enlightenment' of the 18th century. These notes give an outline of my lectures showing the relationship between Enlightenment philosophy and the French Revolution, together with the important role that Edmund Burke played in warning England not to follow France down the road of destructive folly. These notes, which can be downloaded as a pdf file, also point to areas where the ideas of the revolution have become endemic to modern American and British society.
Download Lecture notes on Edmund Burke and the French Revolution

Click HERE to read my other articles on Edmund Burke.

I've been researching the UK's Children, Schools and Families Bill today and I am struck by the encroaching totalitarianism it reflects. Such totalitarianism works on the principle of Continental politics that our liberties are those areas where the Government has acknowledged that we have rights and freedoms. 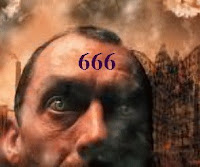 Stuart Bryan, pastor of Trinity Church, has given an intriguing sermon in which he identified who the Scarlet Woman and the Beast of Revelation really are. Click HERE to listen (warning: the beast is not Barack Obama and not Henry Kissinger). Pastor Bryan also identified when the Millennium occurs. Highly recommended.

Britain is now a Vassal of the EU


See the following press release I wrote for Christian Voice.


I recently left some comments on Douglas Wilson's blog on the following posts. My comments have focused on the relationship between aesthetics (and consequently maturity) and food::

A rabbi with a BLT

Common Ground in which we may grow a veggie or two
Posted by Unknown No comments:

Being grateful and being ourselves

Last month I posted a couple messages based on instruction I had given to my family on the subject of gratefulness (see Time to be Grateful and On Talking Fish and Grateful Hearts). Since I'm going to be giving up blogging for the season of Lent, I want to hurry and upload a few more posts on this important subject.
How to Arouse God’s Anger in One Easy Step
If you want to arouse the anger of God, one very easy way to do it is to grumble. In Numbers 11:1 we read, “Now when the people complained, it displeased the Lord; for the Lord heard it, and His anger was aroused.”