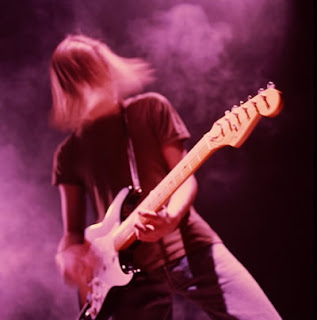 Is it true that any style of music can glorify God, and what makes it good or bad is just the words? That is another question we were discussing after church last Sunday. Can styles like heavy metal and rap music glorify God as long as the words are Christian?
In order to answer this question, we must first back up and consider the relationship between form and content. The form of an artwork is simply the vehicle by which the content or meaning is communicated. Put another way, form is the building blocks out of which an artwork – whether visual art, literary art, musical art, etc. – is constructed. This is best understood by way of example. In the art of poetry, the form might be iambic pentameter or couplets or limerick or something else, while the content is the actual words or meaning that fill up that form. In the musical arts we have the form of the sonata, the form of the symphony, the form of the minuet, etc.. It is through these musical forms that the content of a piece - which includes melody and words, if the piece has lyrics - is mediated. In the visual arts, form is to do with light, colour, shape, etc. and this is the means through which the content of a painting or sculpture can be mediated.

It will be seen that form and content are very much related, and indeed, the dividing line between the two is often fuzzy. I'm not even sure if melody is form or content. But certainly words fall into the category of content.
Artists in the more recent Western tradition have always had the tendency to separate form and content. In this regard the formalist movement comes to mind. The formalists imagined that the aesthetic qualities of art resided only in the “significant form”, with the consequence that you could isolate the aesthetic quality of the form from the “irrelevant representative or descriptive element” of the content.  Applying this idea to it’s logical absurdity, the formalist Bell is known to have composed a poem of pure gibberish with the same form as a certain poem by Milton which, so he claims, possessed “all, or almost all, the merits of the original…” Clive Bell, Old Friends, (Chatto, 1926), p. 76. The idea was to achieve pure sounds untainted by meaning.
While the absurdity of such a theory is clearly evident, we should be wary of more subtle manifestations of the formalist tendency. We see this tendency in contemporary art music where sound becomes an end in itself. Also in painting there is always the tendency to make the formal means (light, formal proportion, shape, etc.) an end in itself rather than the means of conveying content. In this way, many painters reduce the human figure to an object on which to experiment with colour, light, proportion, etc.. Compare how Rembrandt treated the subjects of his portraits vs. Picasso. In Rembrandt’s portraits we always get a sense of the content of the person, whereas Picasso reduces the person merely to an art form. Veith tells us of the way

Picasso would break down the volume and space occupied by an object into a grid of cubes or other geometrical analogues. He would observe the object’s formal characteristics, then exaggerate and recombine them. (State of the Arts)

In this way, Picasso, and those who followed in his footsteps, reduced the human person to form, like a sociologist who sees people merely as statistics or a doctor who begin to see people merely as impersonal physical systems or a politician who treats people merely as voters or a man who treats women as sex objects. In each of these cases, form is allowed to drown out the content of the person.
Since form and content are intrinsically interrelated, one cannot separate the two without doing damage to both. To illustrate this I have referred to paintings of people, but this is not to imply that a work must have representational elements for there to be a proper union of form and content. After all, representational content is not the only kind of content available to artists, as we know from the musical arts where all content is abstract. Abstract visual art has a notable pedigree that has included everything from ancient tapestries to many of the decorative features prescribed in the Bible for Solomon’s temple. Such works can have a proper union of form and content while still being abstract.
Now what does this have to do with music. Well, think again about such styles as "Christian heavy metal music" and "Christian rap music." In using a style of music that is inherently aggressive and angry in its form to convey content about the Christian faith, one has to ask whether there is a disjunction of form and content? Does the form and the content fit appropriately together? Does the style (form) really do justice to what the words (content) are proclaiming? Or is it like serving communion in plastic cups or making a crucifix out of popsicle sticks where the form and the content are completely at odds? I raise the question for those more familiar than I am with Christian metal and rap to answer.
Further Resources on Music and Aesthetics

A Creational Perspective on Modern Music

Music and the Objectivity of Beauty

Complete Series of Posts on the Objectivity of Beauty

A Music Lesson From the Phillips' Family

To join my mailing list, send a blank email to phillips7440 (at sign) roadrunner.com with “Blog Me” in the subject heading. Also, find me on Facebook to get news feeds every time there are new articles.
Posted by Unknown