When it's Too Late to Govern with Rules 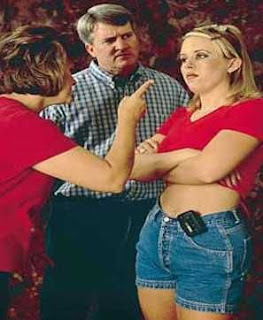 The following is taken from The Way of a Man with a Maid, and describes some of the disastrous tendencies that can occur under the guise of 'courtship.'


When children reach the age of interest in the opposite sex, this is an ideal time for teaching and guidance. This teaching should not be a sudden shift but a clear continuation of an already established atmosphere and understanding that has been nurtured in the home. Consequently, there will be no need for a sudden safety plan because the children will already desire the right sort of relationships. If mistakes are made, these will be made by young adults whose allegiance is the Lord’s, not people in rebellion. Obviously godly parents hope the mistakes their children make will be minimal, but they should not, out of fear, prevent their children from engaging in their own lives independently before the Lord. When children grow up, they must go out and fight their own battles before the Lord with the equipment and weapons their parents have furnished them with.

On the other hand, if this groundwork has not been laid, it will accomplish little for parents to suddenly start panicking when their son or daughter reaches sixteen and then trying to enforce a courtship model of rules. If a young person still needs parents to give them rules in this way, it only reveals that the parents have failed to raise their children to know and love God’s rules for themselves. Whether the children have been prejudiced against Biblical standards through parental ignorance, abuse, indifference or some other failure, it is no good realizing that a child is ill-equipped for life when it is too late and then hoping to correct matters by pulling the child through a miserable safety plan.

If Paul told fathers not to provoke their children to wrath (Eph. 6:4) and discouragement (Col. 3:21), how much more is this true when the children become young adults. A clear way to provoke a teenager to wrath and discouragement is to suddenly start enforcing a regime of authority as soon as they become marriageable. This will only make the teenager resentful, discouraged and desirous to break away from home for all the wrong reasons. Parents in this position can repent for failing their children when they were young, intercede for their child and seek opportunities to instruct and challenge them as they would any other adult. They can also begin to lay the groundwork for proper adult relationships with their children. But it is too late to instruct through enforced rules. As Charlotte Mason points out,


though the emancipation of the children is gradual, they acquiring day by day more of the art and science of self-government, yet there comes a day when the parents' right to rule is over; there is nothing left for them but to abdicate gracefully, and leave their grown-up sons and daughters free agents, even though these still live at home and although, in the eyes of their parents, they are not fit to be trusted with the ordering of themselves, it is too late now to keep them in training fit or unfit, they must hold the rudder for themselves.

For about sixteen to twenty years, parents have the God-given authority and task of bringing children up in the nurture and admonition of the Lord, preparing them for adulthood. Grace-filled families are the best ground to nourish a child in the love of the Lord and His ways. Deuteronomy reminds us that a parent’s task is to apply the laws of God constantly to everyday tasks and life. The authority, protection and discipline of children by parents is for the purpose of training them in the ways of God to become people of God in their own right. Parents who have acted in this way have every right to expect their older children to be able, in their various capacities, to hold their own.

On the other hand, there may be families in which the children cannot actually face the world when they reach this age because the parents have not built them up, trained them or made them ready for the battle. If the children get to that age and the parents still feel they have to shelter them as if they were still small children, then something is amiss. Parents who have failed in this way must repent and stop perpetuating their failures into the childrens' adulthood through oppressive and controlling regimes.

The Way of a Man With a Maid

Betrothal and Emotional Purity: is it Biblical?

Click HERE to friend-request me on Facebook and get news feeds every time new articles are added to this blog.

Visit my other website Alfred the Great Society
Posted by Unknown