The Lost Tools of Learning 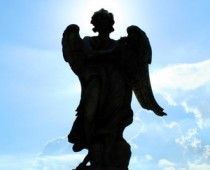 Dorothy Sayers' wonderful essay 'The Lost Tools of Learning' should be read by all educationalists.
Sayers begins by presenting a brief Apologia for the need to return to an older paradigm of education. She draws our attention to the failures of the contemporary school system, compared to education in the Middle Ages. While acknowledging that the literacy rate in Western Europe has never been higher, she notes that the influence of mindless advertising and mass propaganda has also reached unprecedented levels (had she lived long enough to witness the internet, I think she would have exploded). Her conclusion is that although schools may be churning out people with lots of knowledge there is clearly a deficit in understanding. In other words, schools are not training their students how to think.


Sayers reflects on the widespread inability of school leavers to tackle new topics for themselves. This is the result of students being instructed by teachers who see their sole task being the impartation of factual knowledge, instead of training the students how to think. Moreover, students are being trained to view knowledge in terms of various disconnected ‘subjects’ that have no relation to each other or to the whole of life. This, Sayers points out, has led to a widespread inability among the adult population to think rationally even within the context of public debate and committee discussions. “Is not the great defect of our education today,” writes Sayers, “that although we often succeed in teaching our pupils ‘subjects,’ we fail lamentably on the whole in teaching them how to think: they learn everything, except the art of learning.”

This leads Sayers to propose a return to the mediaeval schema, based on what is known as the Trivium. According to this paradigm, a student will be equipped with the tools of learning long before he is expected to apply them to any subject, just as a student of carpentry is taught how to hold and wield a hammer and chisel before being given a block of wood to work upon. In the early period, known as the Grammar Stage, the child learns the structure of language and, indeed, the ‘grammar’ embedded into any subject. For example, the ‘grammar’ of history is facts and dates; the ‘grammar’ of math is memorizing sums, number groups, geometrical shapes; the ‘grammar’ of science is the identification and naming of natural phenomena; and so on.

The second stage, known as the Logic Stage, involves learning how to reason about the facts already acquired. This is when the child learns how to construct logical arguments and detect fallacies, and then to apply these skills to all fields.

In the third and final stage, known as Rhetoric or the Poetic stage, the student is taught how to express himself in language. This is when everything learned in the previous two stages synthesizes into a coherent whole and the child is encouraged to self-express using the tools already acquired.

There are a number of points that particularly resonate with me about Sayers’ proposal. The first is the emphasis that all knowledge is interconnected. There are many ‘subjects’ which lose value, or at least blur out of focus, when they are detached from the other disciplines. Consider the case of philosophy. Once the backbone of all the disciplines (indeed, the first scientists were called ‘Natural Philosophers’), philosophy has now been relegated to a highly specialized and irrelevant discipline within liberal arts departments. This occurred only after philosophy was made a discipline in and of itself isolated from the concerns of other ‘subjects.’ We might just as well try to separate taste from food. Other ‘subjects’ have likewise blurred out of focus through artificial separation from the larger corpus of knowledge. Why are most astronomers theists and most biologists atheists? Maybe it would help if biologists left their fossils and laboratories for five minutes every day to contemplate the mysteries of the heavens. Or consider if philosophers became sociologists for one day in seven – they might begin to notice ideas actually have consequences in the real lives of people and nations. Suffice to say that the radical fragmentation of knowledge wrought by specialization has not simply brought ignorance, but ignorance disguised as knowledge.


The obsession of our age with specialization has not only left our culture intellectually impoverished, but it has presented difficult obstacles to the advancement of the gospel. For example, the popular dichotomy between the sacred and the secular or between private faith and public life, is simply another symptom of this wider tendency not to view things as a whole. Life, like education, has been divided into various compartments that are isolated from each other and from the whole. But education along the lines proposed by Sayers can equip the student to think Christianly about every area of life, because all of life is taken as a whole.

Another point that really resonated with me was the need to work with, rather than against, the God-given stages of a child’s natural development. In our age, young children are continually being pressured to engage in self-expression before they are shown how to think coherently. Similarly, children of all ages are taught what to think without ever being given the building blocks how to think. The result is not intellectual freedom but enslavement, for someone that is never taught how to think in coherent and rational categories is being trained by default to be a bondservant to whatever happens to be the latest fad or fashion.

One of the advantages to Sayers’ approach is that because it aims to saturate children with the rich heritage of the Western literary tradition, it stands to impart a healthy objectivity about the fads and fashion of their own time. As G.K. Chesterton put it, “Literature, classic and enduring literature, does its best work in reminding us perpetually of the whole round of truth and balancing other and older ideas against the ideas to which we might for a moment be prone.” This is one of the reasons, incidentally, why I believe it is important for children to study the pagan writers, particularly those of Greek and Rome: to undermine the chronological snobbery that assumes our own time and culture has a monopoly on all that is good, true and beautiful. While there are many aspects of Western culture that, thanks to our Christian heritage, are superior to societies in the past, children should be taught to delight in finding what is good, true and beautiful from all traditions. They should be taught to avoid the arrogant and knee-jerk response that automatically dismisses the literary and cultural products of non-Christians.

This relates to why I think Sayers was right to put such a premium on learning foreign languages, beginning with Latin as the foundation. In addition to the reasons given by Sayers, foreign languages, and especially foreign poetry, invites the student to view things from a different angle, as he is forced to place himself within a different context that must be taken on its own terms. This exercises mental muscles that are invaluable in all disciplines. Learning a foreign language is also valuable for helping the student to appreciate his own tongue, which he might otherwise take for granted.

Sayers seems to have understood that the primary goal in education is for the student to love learning and, as a consequence, to better know and enjoy God, leading to wisdom and virtue. In a society that has created an intellectual and imaginative vacuum of gigantic proportions, it will be those educated according to Sayers’ approach that will ultimately fill this vacuum.
Further Reading

Review of Wisdom and Eloquence

The Aliveness of All Things: The Passionate Intellect of Dorothy Sayers

Click Here to friend-request me on Facebook and get news feeds every time new articles are added to this blog.

Visit my other website: Alfred the Great Society
Posted by Unknown